Coronavirus: a note to our customers.
We’re working to keep you and our employees safe.

A solid foundation to meet your needs

WFG is one of only six truly national title underwriters and achieved that faster than any other title underwriter in history. Why? Because we’re doing something different. We take a people-centered approach to a transaction-centered business. Your clients aren’t just buying property; they’re creating a home. We’re here to make that process as simple, cost-effective and secure as possible.

WFG is one of just six national title underwriters.

WFG Earned an A’ Prime Unsurpassed Rating from Demotech.

Leadership you can count on

Pat Stone answers perhaps the most important question: Why WFG?

Pat has enjoyed a lengthy career in real estate and real estate related services, including “C” officer positions with three public companies and as a director on two Fortune 500 Boards. The senior executive management positions included nine years as President and COO of the nation’s largest title insurance company, Chairman and Co-CEO of a software company and CEO of a real estate data and information company. Currently, Pat serves as Executive Chairman and Founder of Williston Financial Group, as well serves on the boards of: Nassau Reinsurance, Transmodus, Trysting Tree Golf Club, and Inman News, who named him one of 2013’s “100 Most Influential People in Real Estate” and in 2015 one of the “Top 101 Real Estate Industry Doers.” Additionally, Pat has also served as Vice-Chairman of Metrocities Mortgage, a 2005 top twenty mortgage lender, and as Chairman of The Stone Group, an Austin, Texas based tenant-rep brokerage company. He has also served on the boards of Fidelity National Financial, First American Corporation, FNIS, MicroGeneral, SKLD, World Minerals, Green Street Advisors DigitalMap, Homegain, RedVision, and Wystein Capital.

Pat’s Philanthropic involvement has included service as Chairman of the Santa Barbara Art Museum and as a Director of the Portland Art Museum. He is a past chairman of the Oregon State University Foundation, and Co-Chair of its Billion Dollar Capital Campaign. Patrick has three beautiful daughters, three granddaughters and resides in Portland, Oregon with his wife Vicki.

Steve is a leader in the real estate and mortgage industry and his career has been well-chronicled. Over the course of his career, he has engineered the dramatic growth of multiple real estate related businesses. Prior to joining WFG, Steve was a Senior Executive at Chicago Title & Trust where he headed the real estate services segment which acquired and sold thousands of homes a year. He also served as an Executive Vice President with Coldwell Banker where he helped build the company to 70,000 sales associates. Steve served as Chairman and CEO of Prudential Real Estate and Relocation Services and expanded annual sales volume to more than $200 billion.

Steve is perhaps best-known for building the world’s most successful real estate research portal during his time as CEO of REALTOR.com. Steve has also served Bank of America as its National Homeownership Executive.

Steve has served on the boards of LendingTree, Global Mobility Solutions, Realty Mogul and RealtyTrac and also served WFG for three years on its Board of Directors before being appointed President and Chief Operating Officer.

Joe McCabe began his career in the title insurance industry more than thirty years ago with Fidelity National Title Insurance Company. While at Fidelity, Joe gained experience in a number of areas including claims and litigation management, mergers and acquisitions, as well as corporate and regulatory compliance. Since leaving Fidelity in 1996, Joe has held the positions of General Counsel and President of other title insurance underwriters, most recently TransUnion National Title Insurance Company.

Joe is a graduate of University of the Pacific’s, Mc George School of Law in Sacramento CA. He is currently an Executive Officer on the California Land Title Association’s Board of Governors.

Mike Gallaher has more than 20 years of experience in the title insurance industry, having served prior to WFG in a range of financial management positions within Fidelity National Financial, and most recently with United General Title Insurance Company and the First American Corporation. Prior to Fidelity, Mike was with KPMG as an Audit Manager in the company’s financial services sector.

Donald O’Neill has over thirty years of mortgage and real estate industry experience. He oversees the entirety of WFG’s compliance program, including employee and title agent training; licensing; audit and the creation and implementation of programs designed to update and track adherence to the company’s policies and procedures. He is also a member of WFG’s Executive Management Committee. Prior to joining WFG, O’Neill served as Chief Operating Officer and Associate General Counsel for Altisource’s Premium Title, President of Origination Practice Group and Chief Risk Officer for ISGN Solutions. Before that, O’Neill was Group President and CEO for Stewart Title Company – one of the industry’s largest title insurance underwriters, where he oversaw the operational performance and financial results of that company’s Real Estate Information (REI) Group. O’Neill is licensed to practice law in Utah and Washington State and is a member of the United State Supreme Court Bar – Washington D.C. He received his Juris Doctorate and MBA from Gonzaga University.

Lynn brings over 43 years of title and escrow experience to WFG National Title Insurance Company, most recently as the president and COO of our Washington division. She also leads National Title Services division, WFG’s centralized title processing entity that provides title services to Direct Operations, Lender Services, and many WFG agents.  Lynn is also a member of the executive committee.  Prior to joining WFG, Lynn served in leadership roles including executive vice president for a Fortune 500 Company.

STATE OF THE COMPANY REPORT

Learn about where we’ve been and where we’re going. 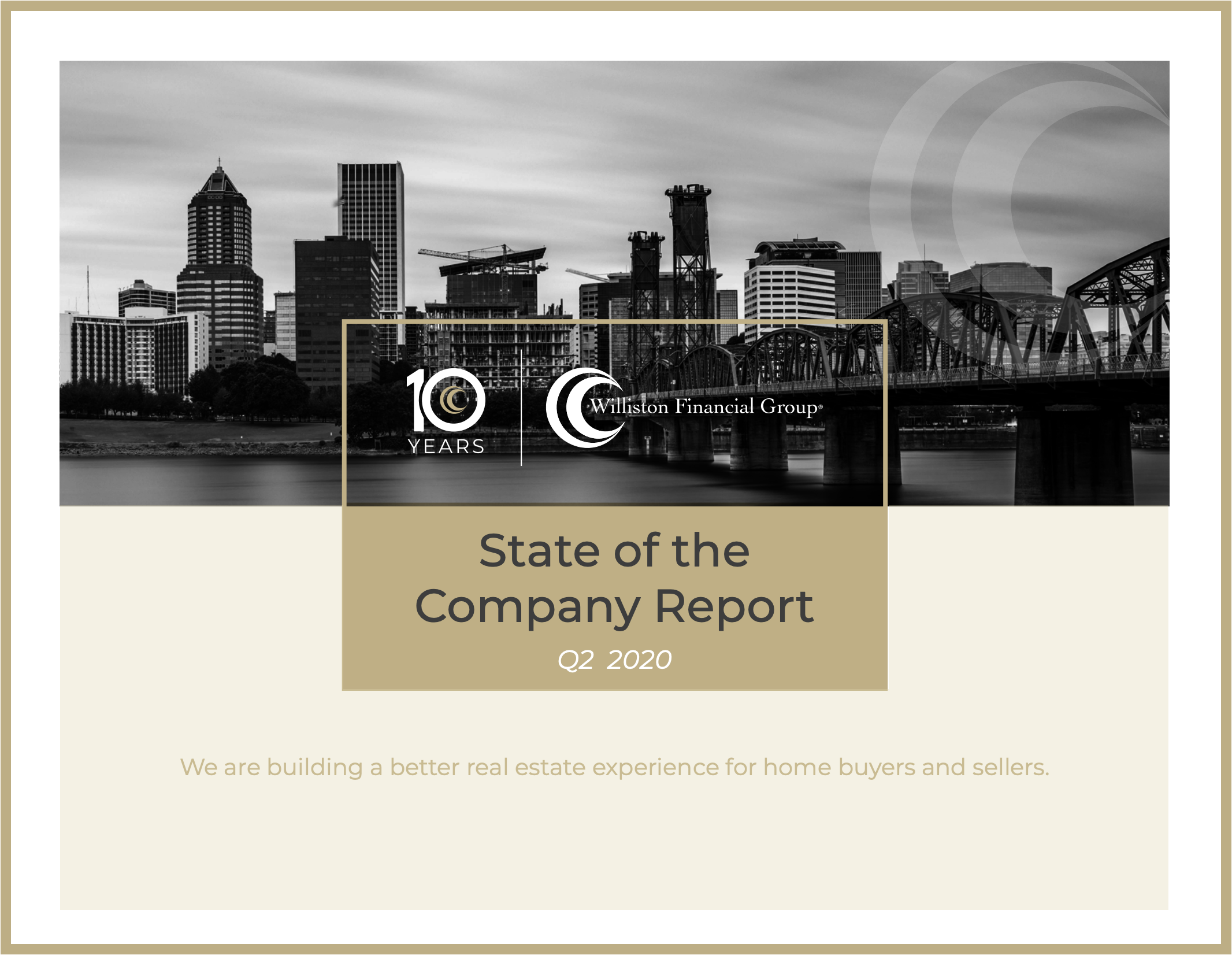 STATE OF THE COMPANY REPORT

What you need to know

WFG National Title Insurance Company has earned a Financial Stability Rating® A’ (A Unsurpassed) from Demotech, Inc. Demotech describes this rating as follows: “Regardless of the severity of a general economic downturn or deterioration in the insurance cycle, insurers earning a Financial Stability Rating® of A’ (A Prime) possess Unsurpassed financial stability related to maintaining surplus as regards policyholders at an acceptable level.”

At WFG, we understand that clearly communicating relevant information about our operational structure, financial strength and regulatory compliance is the first step toward building trust with you. We believe that providing this level of transparency will lead to a spirit of collaboration, allowing us to work closely with you and your staff to give your customers an exceptional service experience. Ultimately, you should know that our success is dependent on being an integral part of your value proposition. We understand that we don’t exist without you!

WFG will NEVER send you an email asking you to transfer money.